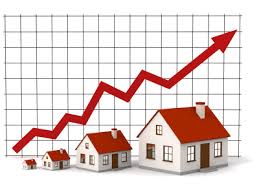 House sales are at their highest level in almost six years according to the latest market report.

The RICS residential market survey for December shows the number of homes sold per chartered surveyor reached its highest point since March 2008. Over the festive period, the average number of transactions per surveyor reached 21.3, more than double the lowest point of the downturn in January 2009 when respondents were selling just 9.8. Peter Bolton King, RICS global residential director, said: “The housing market is starting to thrive once more. Sales are at their highest level in almost six years and this is being reflected right across the UK. Growing availability of affordable mortgages has released some pent-up demand from a market that, in recent years, has seen many viable buyers unable to enter the market. On the face of it, this seems like good news but unless we see a marked increase in the number of homes coming up for sale we could well be looking at a price rises becoming unsustainable in some areas.”

With more sales now going through, growth in demand for rented accommodation has begun to slow significantly as a growing number of renters opt to test the sales market. Respondents note that increased confidence is a key driver behind growing activity.

Meanwhile, with the amount of homes coming onto the market is still nowhere near enough to meet the higher level of demand, prices continue to rise across the country. During December, a net balance of 56 percent more chartered surveyors reported growing prices. Significantly, every area of the UK saw prices increase with London and the South East experiencing the biggest jumps.

Perhaps unsurprisingly, given the more positive tone to the market, expectations for 2014 are decidedly upbeat. Respondents predict that both sales and price numbers will continue to increase through the course of this year. This is largely being driven by easing in credit conditions, resulting in higher loan to value mortgages, and the ongoing imbalance between supply and demand.